That Time I Joined the Circus
J.J. Howard Incarnate was hands down the most unique book I read last year. It had dragons, fantastical equivalents to iPhone's (the SED), music, reincarnation, music, a mysterious higher power, a masquerade ball, music, and a to-die-for hot guy. Seriously, you can’t get any cooler than that. And while I had a couple issues with it, mostly concerning unanswered questions, I loved it and went into Asunder with high hopes and a long list of questions. I was so happy to discover that what awaited me exceeded my expectations and answered every single question, while raising even more.

I liked the plot even more in Asunder than in Incarnate, because now that Ana has come to terms with who she is and learned more about the secrets of the temple, she’s putting her knowledge to good use. One problem I had with her in the first book is that she seemed kind of whiny, but not anymore!

Oh Sam. You’re amazing! Even though Ana pushes you around sometimes, you’re amazing. You might even make mistakes that bug me, but that’s okay. I still think it’s weird that you used to be a girl, and were in love with a bunch of other people, and still claim that you’re in in love with Ana, but actions speak louder than words. You treat Ana like a gem. You respect her and protect her and I love that about you. But if you stop it with Ana, I’m still available.

I love the symbolism in each of these books. Incarnate was obviously butterflies, and in this one it’s roses. That symbolism is played throughout the story. The way the roses came into play was very interesting, and made me curious as to what symbols we might find in Book #3.

I loved learning all the mysteries behind the Sylph, Janan. and the Temple. My jaw was literally dropping as I read. I’m still trying to figure out some things, but I think it’ll take until Book #3 comes out for anything to be settled. Seriously, my head is still spinning and I read this a month ago!

Ana and Sam discuss having sex, and how far they do or do not want to go. Some kissing. Violent threats are made to some people including children. Death. SUPER BIG (AND DISTURBING) SPOILER: [The ‘higher power’ that they worship eats the unborn souls] 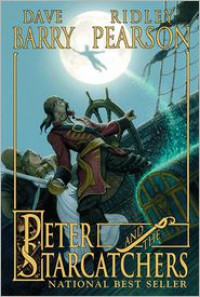 My Peter Pan obsession is going overboard! But the audiobook is narrated by Jim Freaking Dale, and it's a Broadway show!
Tweet Absolutely charming! This book was fun and clever and exciting and everything you want to find in a middle grade fairy tale! Full review to come...
Tweet So...ummm... I've had this book sitting on my shelf for months, and I never even bothered to read the first page. Had I done so sooner, I couldn't DNF'd it even sooner as well. I don't even know if you can even call it DNF, since I only made it 5 pages. This book sounded like a fun, witty, and very humorous book, but what I was met with was vulgar, unappealing, and simply a lame attempt at trying to be funny. There's genuine funny, and then there's trying to make people laugh by seeing how many times you can make crude references to things that aren't the slightest bit funny, and seeing how many swear words you can slip into a sentence. Honestly I don't mind swearing too much in books, as long as it's being used in the right context, but this was just pathetic. I'm sorry, but this book isn't for me. If you genuinely like crude, offensive humor you might enjoy this, but otherwise I can't say I'd recommend this one.
Tweet 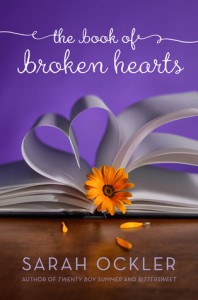 Surprisingly sweet. I'm not a fan of contemporary romance, but this isn't just another generic romance. In fact, I wouldn't put it under "romance" at all, because at the forefront of this novel is not a boy-girl relationship, but a father-daughter relationship. I've never had to deal with losing someone to Alzheimer's, but I could still relate to Jude and the very real struggle she had. Such a wonderful and surprisingly deep story!Full review to come...
Tweet This book was good, but not great. I think all the hype kind of killed it for me. That being said, I still enjoyed it. It was unique and full of interesting Russian influences. I like Alina for the most part. I didn't like the Darkling, though. I just don't go for "bad boys". Full review to come...
Tweet Dark, beautiful, and tragic. I went into this knowing that's what it was supposed to be, but it wasn't until I read it myself that I fully understood. This book ripped my heart to shreds in the best ways possible. The characters were much more complex than Disney has led us to believe. The writing was absolutely gorgeous, and Tinker Bell made for a wonderful narrator. The ending was so bittersweet! Full review to come...
Tweet I'm not quite sure what I think of this book. The idea behind it is really interesting, and it was well written, but I think the execution was lacking a bit. I'll need to mull things over in my head a bit more. Still, a fun read! Full review to come...
Tweet

The Island of Dr. Moreau This was really, really creepy. Like, nightmare kind of creepy. The creatures located on the Island of Dr. Moreau were just...yeah. The ideas of science and ethics are explored in this book, and were probably REALLY new and different back when this was written. Full review to come...
Tweet This is the greatest literary accomplishment of my life! All 1400+ pages! And it was all worth it. Honestly as I was nearing the end I didn't think I would make it, but the next to last chapter is what made everything worth it. I was bawling like crazy. I've never felt this way about a book before. I am eternally greatful to my crazy mother who introduced me to the musical at age 5. She was exactly my age when she first read the book and saw the musical! So thank you, Mom (even though you don't know what Goodreads is!)Full review to come...
Tweet 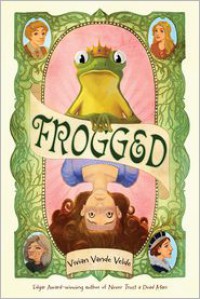 This is the kind of book 9 year old Debz would've devoured. That being said X-teen year old Debz devoured it as well, because it was so adorable! It was fluffy and cutesy and clever and exciting. Very well written and highly enjoyable! Full review to come...
Tweet Before going into this, I thought it was going to be a dark creepy story, but honestly, this but was pretty light and fun, aside from the fact that Dusty is investigating a murder, it's just like any other paranormal high school story, ht with a few twists. Full review to come...
Tweet I read this whole book while watching the Disney movie with my brother. Maybe it's just the thrill of watching a classic Disney movie, or maybe it's the fact that this is a wonderful story, but I loved it! The writing and characters were memorable and unique. Full review to come...(And now I want to watch Hook!)
Tweet I wish I would've saved this for the weekend, when I was planning on going to the beach, because that would've made it even more fun! A lot of this book revolved around the politics of Syrena, which were interesting. And then there's also the issue of family matters that need to be sorted out after that blasted last word cliffhanger Of Poseidon left us with. (It all worked out a little too perfect for my liking, Is Galen like her uncle now? Her brother in law is her mom's mate, so kinda? Ugh. It's just weird.)Full review to come...
Tweet I liked this more than The Fox Inheritance, but less than Jenna Fox. Jenna Fox was a very character driven, thought-provoking story, while Inheritance had more of an action/mystery/thriller kind of vibe. I thought this was a good mix of the two, but it was still lacking something. Very powerful ending, though! Full review to come...
Tweet

Wednesdays in the Tower (Tuesdays at the Castle) I'm a huge Jessica Day George fangirl, so I was so excited to read this! I was overjoyed to discover that Wednesdays in the Tower had just as much quirky fun as the first one, but this time taking them on an all-new adventure. Celie is a wonderful character. She’s clever and witty, and princessy without the pomp. She’s the kind of girl everyone wants to be friends with. In this book we get to know Celie much better, and watch her mature as chance thrusts a baby griffin into her hands. She makes a wonderful mother to Rufus, all while keeping him hidden from the other residents of the castle. I had so much fun exploring Castle Glower in all of its glory. New things popping up and a mystery bigger than anyone realizes keep both Celie and the reader on their toes. All the new rooms were incredibly creative, and had me wishing that I could visit Castle Glower. Wednesdays in the Tower was a light, fresh, and thoroughly enjoyable sequel to such a fun Middle-Grade novel that promises to hook readers.
Tweet